The name “Cowford Chophouse” is a nod to the original name of Jacksonville, given in honor of the narrow point in the St. Johns River where settlers would ford the river with their cattle. Today, guests can gaze across that same river to enjoy Southbank skyline views from Downtown Jacksonville’s only steakhouse and rooftop lounge.
Home Eco Relics Blog Cowford Chophouse; Revitalizing The Old Bostwick Building
0   
By Eco Relics Blog History Uncategorized August 24, 2018

The Bostwick building, at the corner of Ocean and Bay, is one of downtown Jacksonville, Florida’s most visible historic buildings. It was constructed in 1902, one of the first permitted structures built after the Great Fire.

“On the warm morning of May 3rd, 1901, a tragic event was about to change Jacksonville. Around noon, a spark from a small wood-burning cook stove set ablaze some of the Spanish moss laid out to dry at the Cleveland Fiber Factory, located at Union and Davis Streets downtown.” (Which by the way has given way to the naming of yet another local restaurant, Mossfire Grill located in Jacksonvilles 5 Points area).

Sporting typical “big bank” architecture, it hosted a succession of failed banks through the boom and bust cycles of the early 20th century. A skillful renovation in 1919 doubled its size, but the banking years were already over for the building when the Great Depression struck in 1929. 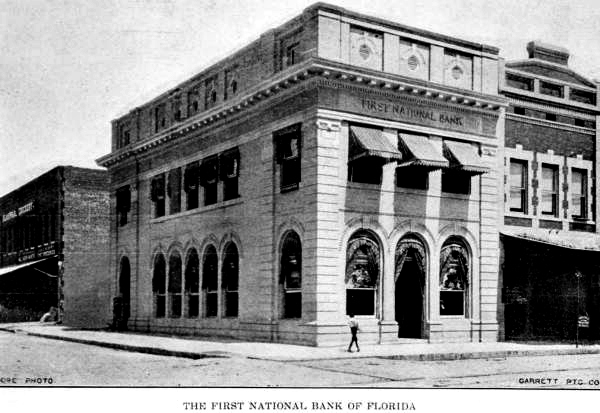 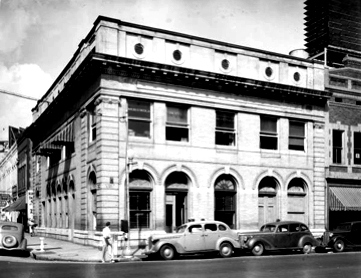 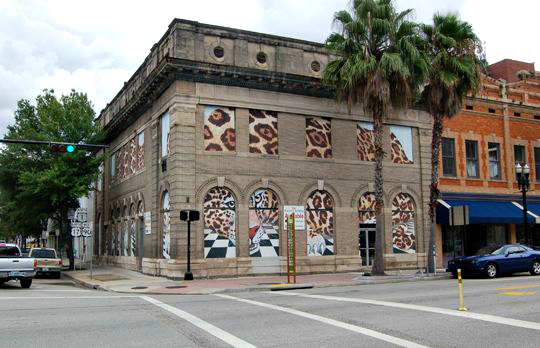 The pain-staking, brick-by-brick renovation work presented many challenges. A sinking foundation in one corner and a leaking roof in another threatened to collapse the walls, built of brick and mortar before the development of steel-reinforced concrete. Just holding the building up would be a victory.

Here’s a look at the Bostwick building during the reconstruction phase. More images can be found in a 2017 article in Modern Cities.

The entire collection was donated to the Museum of Science and History, where staff estimates it will take several years of examination to even be sure of what they have before exhibiting the material for the general public. Until then, historians will be able to access the archive at MOSH’s third-floor collections room.

Many details of this Renaissance Revival landmark have been restored to their original glory with support from the Downtown Investment Authority and the City of Jacksonville’s Historic Preservation Trust Fund. Restored elements include the historic arched windows, exterior bricks, metal cornice, and 300-year-old heart of pine lumber that is seen throughout the building today. More images inside the building can be seen in the Cowford Chophouse Gallery.