Dino carries 12 foot heart pine beams by himself, one on each shoulder.

Ask Dino if Eco Relics has a certain door in stock and he will shuffle them like a giant deck of cards until the door you need floats to the top and Dino looks at you like a magician asking “Is this your card?” 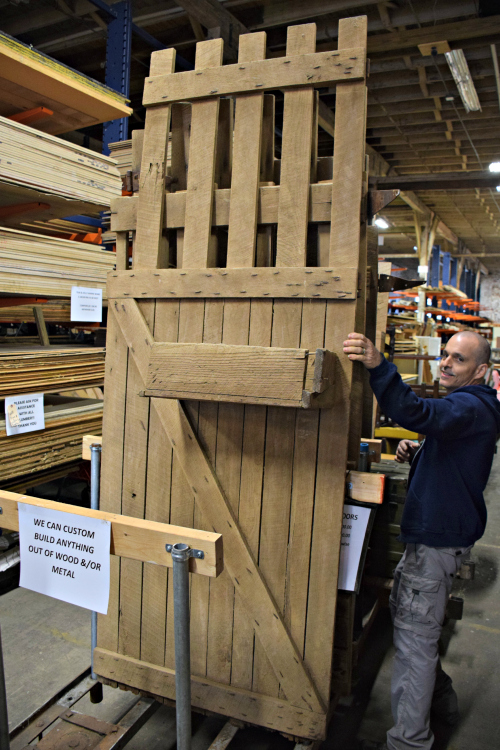 On his lunch break, Dino juggles bricks with one hand, grabbing a new one from the pile every now and then while tossing another off where it lands perfectly stacked on a pallet.

With one push, Dino can send a factory cart down the length of the warehouse and around the corner where it picks up 3 boxes of tile and then returns to him on the loading dock.

You might be forgiven for believing improbable stories about Dino’s abilities. Now here’s a truer story about Dino. If you thought you were getting to work early, Dino was still there before you and half the morning chores were already done. Then he called you a slacker and you had to check your watch to make sure you weren’t late, despite the fact that you knew you were early.

Dino helped build a culture of hard work and comradery at Eco Relics. As is often said of folks like Dino, his position can be filled but he can’t be replaced. Eco Relics was lucky to have him. We wish him all the best at his new job as Chief Operations Officer at the Central Florida Zoo and Botanical Gardens!