The Trimble Horns: A Story of Salvaged History at Eco Relics

Recently, a suitcase of memories rolled off the truck at Eco Relics. ... a glance inside might not have been enough to see the value of the contents, a simple collection of family photos and memorabilia of a horn player and jazzman from the 1940s and beyond.
Home Eco Relics Blog The Trimble Horns: A Story of Salvaged History at Eco Relics
0   
By Eco Relics Blog History Relics January 5, 2017

Vintage luggage, tucked away in attics and closets and sometimes forgotten there, is the lottery ticket of the salvager. When the Eco Relics deconstruction crew arrives at a salvage job, the building is often less than empty. Boxes, furniture, fixtures, and hardware are carefully inspected and loaded up for the crew back at the warehouse to sort through. Vintage luggage always attracts attention, not just because people once carried their garments with a little more style, but also because you just never know what’s going to be inside.

Recently, a suitcase of memories rolled off the truck at Eco Relics. Under cover, there was little indication of the treasure contained within. In fact, a glance inside might not have been enough to see the value of the contents, a simple collection of family photos and memorabilia of a horn player and jazzman from the 1940s and beyond. A family history certainly has value to the family, if it doesn’t have any monetary value. Many family memories are destroyed simply because they can’t be sold for profit.

Steve, the Eco Relics crew member that discovered the photos, recognized the historical and sentimental value of the collection. Tasked with the daunting job of determining just what exactly came off the truck today, Steve is quite a resourceful investigator.  Although tracking down the people in old pictures seemed like a long shot, there was something about this collection of ephemera that intrigued Steve. Honoring the history preserved in those photos meant finding the person to whom they mattered most, and Steve figured there were enough clues to get started.

A single promotional photograph was the most promising lead. Show business folks often find themselves the subjects of yearbook-style photographs staged for the show’s promotional benefit. One such photograph identified a recurring character among the platoon of family photographs as Jim Trimble, a featured trombonist in Lawrence Welk’s band. The Lawrence Welk Show, a musical variety show that ran from 1951 to 1982, featured a top-notch orchestra that backed a number of popular singers and performers. Surely Jim Trimble must have been the very same “Jimmy” that appeared as an infant in another family photograph. With a name and a band to build on, Steve dug deeper.

It turns out the Trimbles are a family of horn players stretching across three generations. Jim’s father Kenny, featured as the proud papa throughout the collection of photographs, got his start on the trombone at age 5 on the way to becoming the Wisconsin state champion trombonist. The self-taught musician had wanted an $8 cornet, but with only $5 to spend, he settled for a $4 trombone and a $1 instruction book. Kenny served in the Army band during World War II, and picked up work with the Glenn Miller band, among other touring acts, after the war. Young Jim spent his first six years tagging along with the family on the road before Kenny scored a gig in Los Angeles with the Lawrence Welk Show in 1957, which had just recently gone national. Kenny could have played anywhere, but settled into the stable Welk gig to raise his family off the road. He was still with the Lawrence Welk Show in 1982 when they taped their final episode. Jim turned out to be a chip off the old block, starting trombone at the age of 8, as soon as he could operate the slide. He went to school on the set of the Lawrence Welk Show, where he also made his show business debut with the band at age 15. Father and son played duets together on the show and Jim gigged with several groups around LA before following his father’s footsteps into the Army. He played in the NORAD band, a unique outfit composed of members from all the branches of the armed services, based in Colorado Springs.

After the army, Jim toured with Buddy Rich. He was a featured soloist in Rich’s accomplished band, appearing on a handful of Buddy Rich albums, and building quite a reputation for himself. Jim went on to an illustrious career in Las Vegas, playing with everyone from Elvis and Sinatra to Cher and Sergio Mendez. He was also a guest on the Jerry Lewis telethon for over a decade. But Jim’s proudest accomplishment must be fathering Jon Trimble, the third generation of Trimble horn players. Jon didn’t wait for his arms to grow long enough to play the trombone, the instrument of his father and grandfather. Instead, Jon picked up the trumpet to round out the family ensemble. Following the family tradition, Jon debuted on the Lawrence Welk Show at age 10, in 1979. He’s been playing on the road and in the studio ever since, also writing horn charts for popular music in his spare time. Steve was able to get in touch with Jon when he wasn’t on the bandstand and share with him the news of the stash of family memories he’d uncovered. Jon was thrilled to receive the photographs, priceless history of the Trimble family horn players. 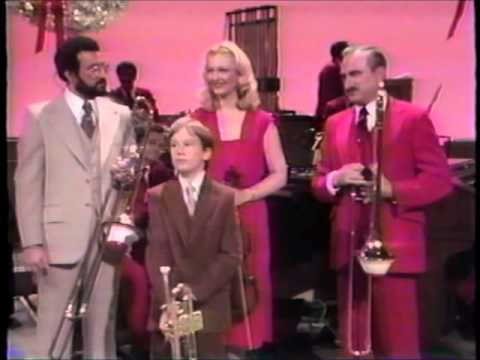 History is an important component of every piece of salvage that comes through the Eco Relics warehouse. Artifacts carry stories that inspire all sorts of emotions, some deeply personal. For the Eco Relics crew, respecting the salvaged history that passes through their hands is a core value. People like Steve honor the memories invested in the objects that Eco Relics acquires by considering more than its monetary value. Sometimes objects just need to be in the right hands to be priceless.